Wireless power transmission, opening up a world of possibilities 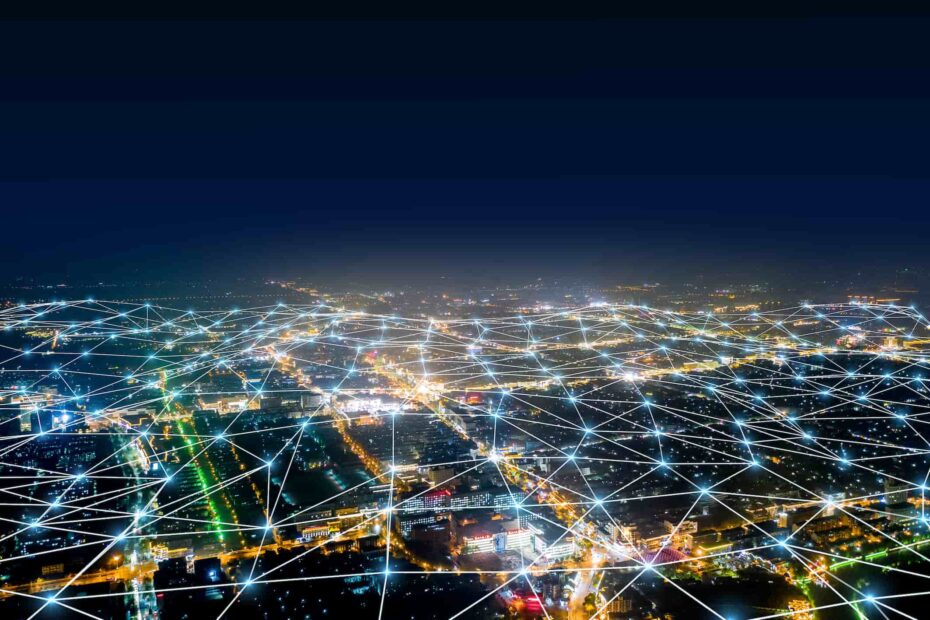 To many, ‘long-range wireless power transmission’ sounds like a confusing jargon strung together in a sentence. To others, it sounds like a futuristic fantasy that was once the not-so-successful pipe dream of Nikola Tesla. To Emrod, it’s a very real solution to some of today’s biggest power supply problems, with endless possibilities to change the world’s landscape (literally).

What wireless power transfer technology is and how it works

Wireless power transmission (WPT) is probably what you imagine it to be; power sent from one location to another without the need for traditional copper coils (or wires) to carry it there. Like wirelessly charging your mobile phone, but on a much grander scale.

Energy is transmitted through electromagnetic waves over long distances using Emrod’s proprietary beam shaping, metamaterials and rectenna technology. The technology requires a transmitting antenna to send the energy, and a receiving antenna (rectenna) to do what it’s name suggests, receive and rectify the beam back to electricity. A relay can be used between the two antennas to extend the distance the energy is able to travel across.

Emrod was founded with a mission to have a positive impact on as many people as possible, so for wireless power transfer to be widely adopted it also had to be safe. And, Emrod does exactly that. The beams use common electromagnetic frequencies in the ISM band that things like WiFi and bluetooth use.  Plus, point-to-point transmission means there’s no energy spillage round the beam. If for any reason something were to intersect the beam, like a bird, it immediately shuts down. Meaning the bird never touches anything but clean air. Emrod is unlike a more topical example, 5G, which spreads low levels of electromagnetic radiation everywhere,  inevitably immersing and hitting the human body.

Transferring energy with microwaves has been around for decades. In fact, back in 1891 Nikola Tesla set out to supply power wirelessly. This led him to create the Tesla coil – the first system that could wirelessly transmit energy. He tested wireless energy transmission using a radio frequency resonant transformer of the Tesla coil. He managed to produce high voltage, high frequency alternating currents that enabled him to wirelessly transfer power over short distances. Unfortunately, Tesla was never successful in developing his coil technology further. However, his inventions did completely transform the way electricity was comprehended and used.

Then in the 70s, NASA showed it could support a helicopter drone in the air by charging it with microwaves from the ground, however they did not develop the technology further to the point where it would be commercially viable… cue Emrod.

What has changed most between now and then is mostly metamaterials technology. New materials have allowed Emrod to convert energy back into electricity incredibly efficiently. Thus enabling the technology to be viable for commercial use.

Use cases for a wireless power transmission system:

Access to reliable electricity is key to economic progress and prosperity. Yet, islands, farms, remote communities, and offshore wind farms often rely on underwater cables or single lines through challenging terrain. Plus, these lines and cables require expensive installation and maintenance. It’s no surprise that it is often cost prohibitive and leaves many without a reliable power source. WPT replaces the need for expensive infrastructure upgrades or duplication over difficult terrain.

In these instances, Emrod could reduce installation and maintenance costs by up to 85%. Making it economically viable to harness remote, sustainable energy sources, connect communities and improve network resilience.

With WPT, powering a nature reserve like Stewart Island/Rakiura could be done by beaming sustainably generated hydro-energy from NZ’s South Island. Or, it could enable Pacific Island nations to access off-shore renewable energy. Reducing their dependency on diesel generators, bringing electricity to remote communities and lowering the local electricity cost. Not to mention the possibilities of opening up a new export market for them.

Supplying power to the edge of distribution

The last mile (or kilometer) on the power distribution network is costly and often economically unviable. For example, a coastal town surrounded by rugged terrain or a farm that is on the other side of a large valley.  In these situations, WPT can be significantly cheaper to install and maintain when compared to traditional power lines, battery, or micro-grid solutions.

A perfect New Zealand example is Piha, a coastal town on the West Coast of Auckland. Not only is Piha tucked away behind mountainous terrain, but it also bears the brunt of strong winds and storms. All of which make it hard for power lines to remain intact and reliable year round.

In New Zealand, Emrod is working alongside Powerco to improve last-mile continuity of supply and economic viability.

Everyone has likely heard the loud whirring of a generator at some stage in their life. While the noise is annoying at best, we’ve had to put up with them because they are a convenient, portable device that provide an on-demand power source. Power-critical companies like Telcos and hospitals often use them as emergency back-up systems. However, they are expensive to run, polluting, noisy, and in case of an outage, need some time to deploy or activate.

Instead, planned and unplanned outages can use wireless transmission of electrical energy to bridge the “gap” in the network caused by downed lines. Mobile truck-mounted units or compact permanent systems can beam power to those that need it. Offering a solution to reduce outage downtime time and cost, without the noise and pollution of a traditional generator.

Above are some ways wireless power transmission can and will help the world, but what about some of the less obvious ways to use the technology?

To work, wireless power transmission systems simply need a direct line of sight from one end to the other in which to send the energy. So with that in mind, what can you dream up?

We imagine a world where Emrod technology is used to power electric vehicles and ships, and to power drones in flight over urban areas or across rural landscapes. To us, even fuel-free airplane flights aren’t out of the question.