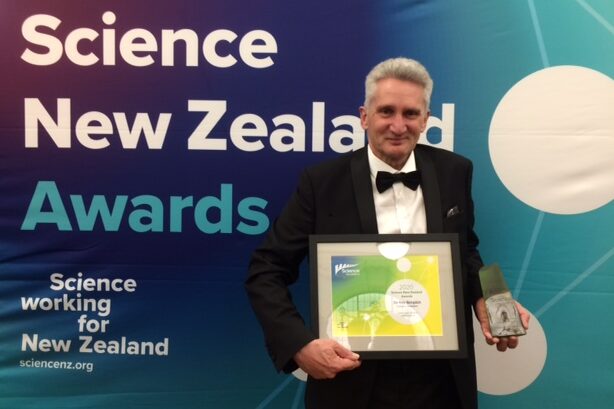 Dr Simpkin’s nomination for the award is a reflection of his outstanding contribution to scientific developments that build a better New Zealand and make a difference in people’s lives. This includes his break-through work with Emrod.

Ray Simpkin has been an active innovator and researcher since 1982, specialising in applied electromagnetics, both in the UK aerospace sector and, since 2001, within New Zealand’s Crown-owned entities, Industrial Research Limited (IRL), Callaghan Innovation, and most recently Emrod. He has a physics and electrical engineering background, gaining a PhD in electromagnetic theory from Imperial College, London, in 1996.

We couldn’t be more proud of Dr Ray Simpkin and his outstanding achievement. He is an asset to the Emrod team and the New Zealand Scientific community.