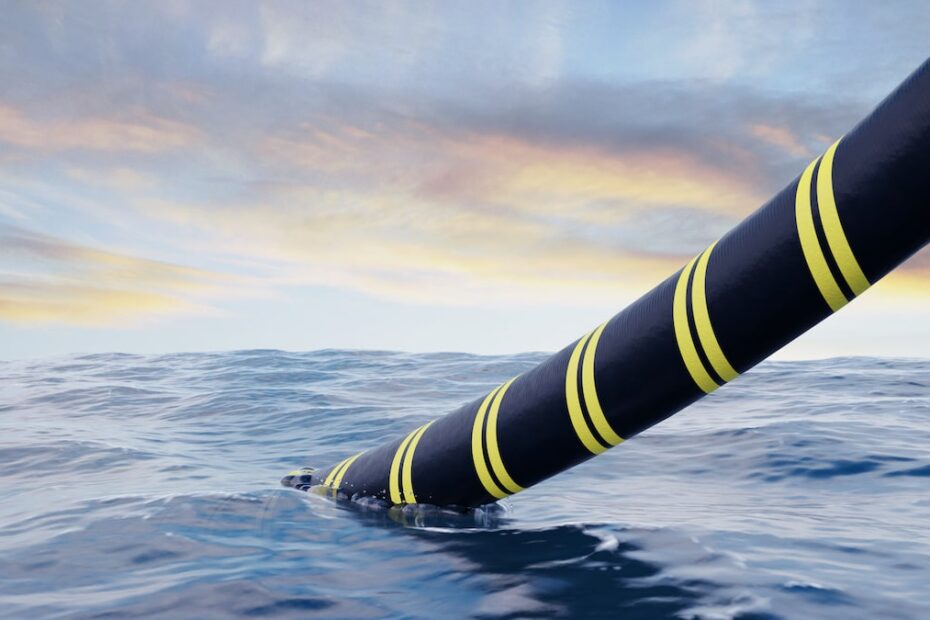 A giant cable deep below the surface of that water that carries high voltage power across vast distances sounds like a true technological feat. While submarine power cables are indeed impressive (and critical for sending electricity and powering many areas around the world), they aren’t always suitable to every use case, or accessible to those that would benefit greatly from them.
That’s where submarine power cables are out, and wireless energy transmission is in. Below we’ll talk through and weigh up both options:

The facts about the important role underwater power cables play in power distribution.

Submarine power cables have been around since 1811 when the first cable was laid across the Isar River in Bavaria. Since then their transmission capacity and length have evolved significantly – with a project for the world‘s longest submarine power cable currently underway. The cable will be 475-mile (765km) long and run between the UK and Denmark to share renewable energy between the two countries.
Between then and now, submarine cables have played an important role in accessing renewable energy such as offshore wind farms and wave/tidal power generation. In instances of wind farms, small cables run between the wind turbines that then connect to an offshore substation. From the substation the power is transported through a high-voltage direct current back to an onshore grid. Currently, offshore generated power is totally dependent on submarine power cables to carry the electricity.
While cables have been pivotal in accessing sustainable energy, the cost of deploying and maintaining them can be prohibitive to areas or nations who would benefit greatly. The cost of underwater cables varies depending on the intended use case. For an indicative price, we can look to the two underwater cables between New Zealand‘s South and North Islands. One cable cost approximately $250M. That is without taking into consideration the cost of conversion stations or other related infrastructure.
Scientists are still studying the effects of submarine cables and their electromagnetic field on sea life. Fish appear to show no major negative implications. However, cables are often buried to decrease their risk of damage caused by fishing gear and anchors. Meaning the seafloor and marine environment are disrupted in order to protect the cables.

What does wireless energy transmission mean for submarine cables?

So, where does that leave the future of long-range power transmission?

Well, quite frankly it depends on the use case – with each case requiring a cost-benefit analysis to select the best and most viable option. With that said, we do know that wireless energy transmission is here to stay and help solve some of the world‘s energy distribution problems.
Tags:New Zealand TechSubmarine power cablesWireless Energy Transmissionwireless power transmission